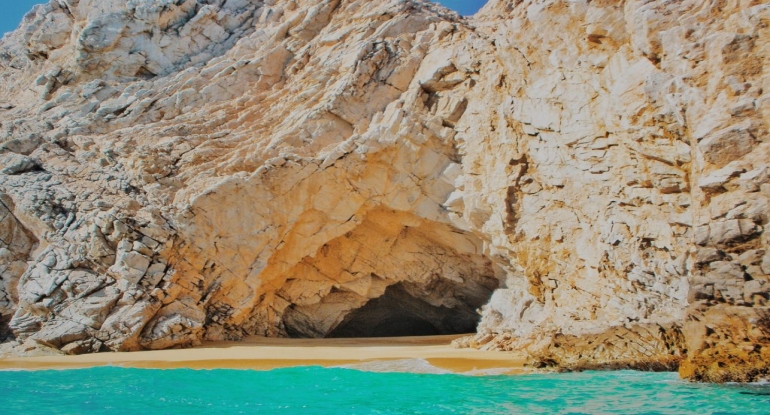 The Pirate History of Cabo

Cabo’s history is full of conquests and adventures, with a lasting legacy that goes back thousands of years. Because of its location, Cabo has always been an important landmark on the Pacific trade route. It’s interesting to note that the pirate history of Mexico itself may have begun with the first conquest by Hernán Cortés. An ambitious navigator and seasoned conquistador, Cortés set course for the Aztec empire or today’s Mexico by disobeying his immediate superior, the governor of Cuba. In other words, Cortés and his men went on a pirate inquisition which was later legitimised by the crown.

After the fall of the Aztecs in the 16th century, Los Cabos became an important navigational landmark for the naval fleets. The ports in Cabo soon became a hub, brimming with exotic materials, such as silk, pearls and spices to be exchanged for Mexican silver, from Luzon in the Philippines to Acapulco. The unique topography of the peninsula, such as the arc of Los Cabos, referred by the locals as ‘el arco’, became a widely known sea mark – not only for trading ships, but also for pirates. Earliest known ‘pirates’ may have been English and Dutch privateers, who followed the example of Francis Drake, the first known privateer to cross the Magellan’s Strait to reach the Cabo bay. Today, you can only marvel and imagine what the busy Marina would have looked like back in the day. There’s a piece of history in every corner of Los Cabos.

As trade increased in the late 16th century, more English privateers flocked to Los Cabos, adding new chapters in the pirate legacy of Los Cabos. The most noteworthy pirate loot in the history of Los Cabos has to be the siege of Santa Anna, by Thomas Cavendish. The English privateer was infamous amongst Spanish trade ships and is widely reputed to be the first man to deliberately circumnavigate the Earth. His exploits eventually earned him the knighthood and enormous wealth, a large part of which can be traced to the sinking of Santa Anna in Los Cabos.

Santa Anna was a gigantic galeon by  mid-16th century standards. At 600 ton, it was loaded with a cargo so massive that it had no space left for cannons, making it an easy target for Cavendish and his merry band of pirates. Cavendish eventually divided the cargo between the two English ships, only one of which returned to England. The other ship named ‘Content’ never made it back, and has led to the rise of rumours about untold riches waiting at the depth of the sea of Cortez. While the veracity of Content’s myth is dubious, shipwreck scuba diving is a must-do activity on your trip to Los Cabos. There are many tours that operate in and around Cabo, and offer a fun experience for the entire family. Needless to say, the remote possibility of finding a long lost treasure can always make it worth your time.

End of Piracy and Modern Day Attractions of Cabo

Piracy continued unimpeded for centuries until navies of European nations began to consider pirates as a serious threat to the sovereign. After the end of the Mexican war, the American navy had become strong enough to eliminate any pirates, and most of them either fled the continent or went underground. By the 19th century, steam-propulsion ships became the norm, ending the classic age of pirates in Cabo and the Caribbean.

Today, the coves and caves around the coast of Cabo, that once provided a cover for pirates, are popular tourist destinations. You can see some of them if you choose to cruise around the cost. Some of the structures and lasting legacy of this era is still within your reach. For example, the famous arch of Los Cabos is just minutes away from the Marina, making for a great outdoor location. While the arch may have indeed been part of the pirate era, it predates known history, and even the Sea of Cortés, by a wide margin. Today, this unique location has been converted into a whale-watching and snorkelling destination.

If you prefer to go on a different kind of an adventure, the Buccaneer Queen is another modern day pirate experience, right at the Marina. This authentic pirate-style ship has everything you need to set off on a conquest, including a bar, glass bottom tours, and a sunset cruise. The cruise on the coast of Cabo is the closest you can come to reliving a bygone era.

The Aztecs, Spanish and later on the English and Dutch privateers have all left an imprint on Cabo, creating a potent mix of culture and adventure. From natural landmarks, to pirate-themed restaurants, and cruises, Cabo has everything for both thrill-seekers and history buffs. The best part? Los Cabos has perfect weather all year around for sightseeing, or for water sports. If you are planning a trip in the near future, here’s what you need to know about the most exclusive stay options in Los Cabos. For travel itineraries and bookings, feel free to get in touch with us today!